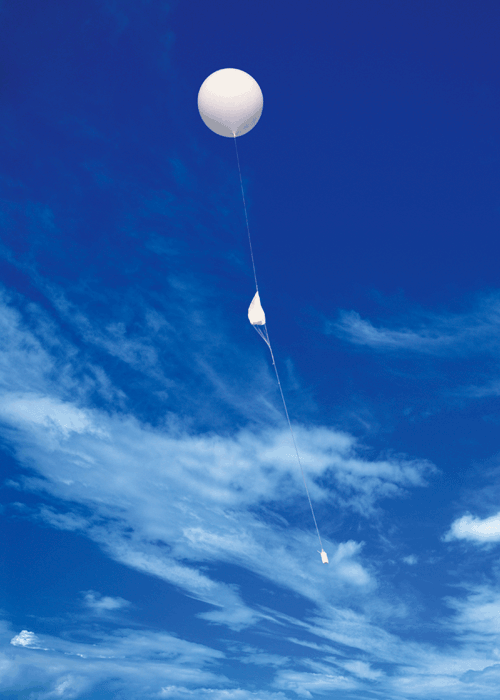 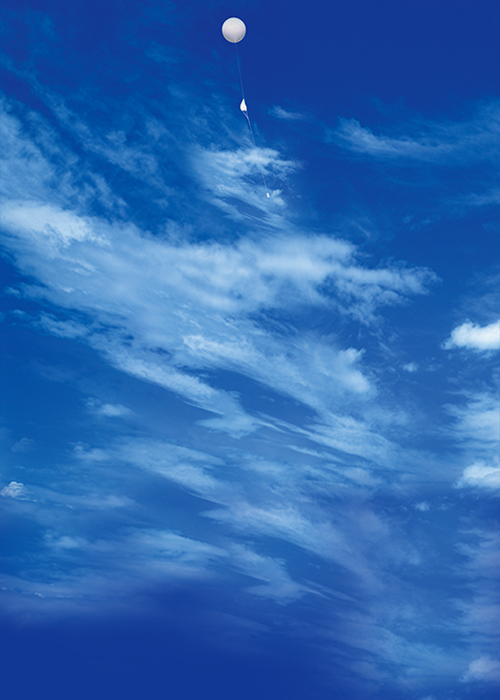 Meisei’s meteorological observation systems such as AMeDAS play an active role in this rapidly expanding field.

Weather changes have tremendous impacts on our daily lives. Meisei’s weather observation system accurately reports the change of weather. It contributes to the long-term weather forecasts for disaster prevention, agriculture and fishery purposes.
Meisei’s technology allows observation of weather from the ground surface to 30,000 m above the ground. These measurements include environmental measurements of ozone, carbon dioxide concentrations and pollen dispersal conditions in addition to the general weather information of wind, precipitation, temperature and humidity. ‘Environment’ is a keyword for any business of today.
Meisei’s products help to issue weather information customized and optimized to diversified objectives, depending upon the needs of customers.

Meisei’s ARS is a cost effective automated Radiosonde system which automatically launches radiosondes up to 16 times without attendant’s assistance and duplicates labor-intensive manual processes and operations to save total operating costs.
A large number of balloon-based radiosondes are hand-launched to observe Upper-air weather every year in the world using labor-intensive procedures. Meisei’s ARS is a fully automated Upper-air observation system that provides national meteorological agencies with a cost effective solution to replace the manual procedure with a fully automatic process. 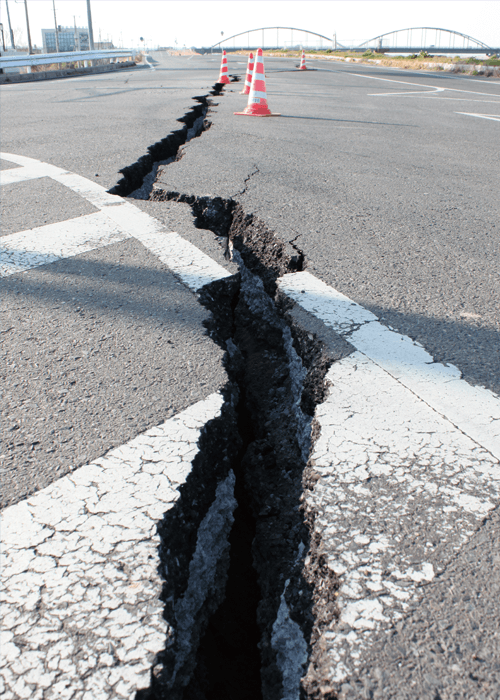 Meisei’s technology plays an important role in maintaining the operational reliability of seismic monitoring systems that control information and data related to the pattern and peak acceleration of seismic waves, seismic intensity, magnitude, and epicenter information.

To minimize the damage caused by earthquakes, Meisei offers various seismic data controlling instruments capable of detecting undetectable micro-earthquakes to massive earthquakes that can cause damage to property and take peoples’ lives.
We at Meisei are dedicated to research and development to offer reliable seismic detection and measurement systems using our unmatched expertise and technological skill cultivated since our foundation. The systems and products include data processing systems for ‘Nowcast Earthquake Information’, an advanced seismic detection technology that detects an earthquake before it occurs, and seismic intensity measurement systems.

The ‘Earthquake Information’ system detects an earthquake before it occurs and processes seismic data accurately using a unified standard.
It monitors the primary wave, or the first seismic vibration detected just after the occurrence of an earthquake, identifies its epicenter, and announces the approximate arrival time of seismic vibration, thereby contributing to earthquake disaster prevention. It also accurately calculates, displays and distributes seismic intensity of a major seismic vibration within a specified area. These data can be utilized by various organizations such as local government agencies and public organizations. It is unique and the most recent system to contribute to the alleviation of damage caused by disasters. 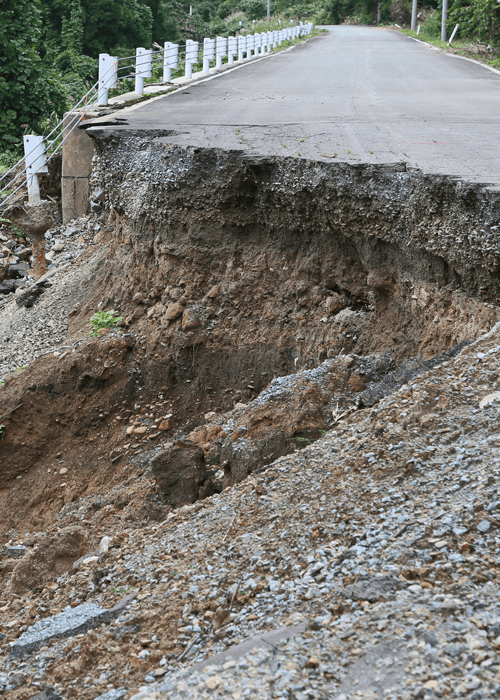 Meisei’s technology protects people from natural disasters and ensures them a safe and affluent life.

Every year, natural disasters such as landslides, floods caused by typhoons, etc., and damage caused by earthquakes and tidal waves are reported. Meisei continues to meet this challenge, through the development of disaster prevention systems, by effectively combining its unmatched, measurement, data processing, and transmission system technologies.
Meisei’s advanced technology is applied to protect roads, railways, ports and harbors from damage and accidents caused by abrupt changes in the environment.

More than 80% of Japan is mountainous and approx. 200,000 locations are subject to the danger of landslide disasters. Meisei has met this challenge by developing a landslide prediction system and a debris flow detection system, which provide comprehensive monitoring and analysis of the climate in mountainous areas using a telemeter system.
This system also issues warnings to the local people of approaching disasters. These systems are highly valued by society for their usefulness. 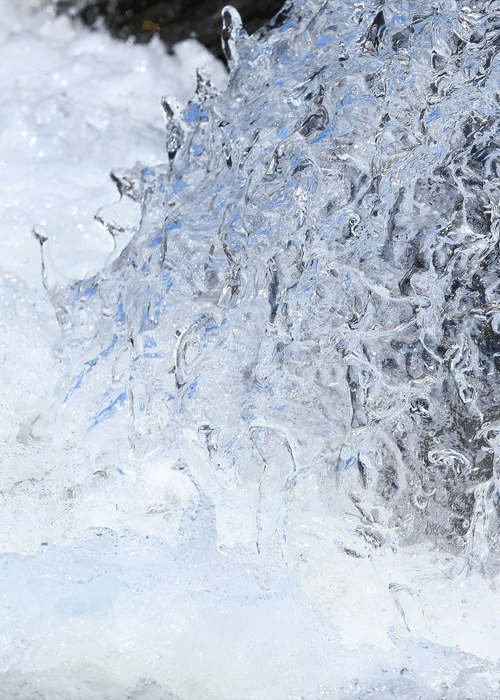 Rainfall in mountain areas runs through valleys, and rivers. Ultimately, we use this rainfall in our daily lives. Meisei allows this natural resource effectively to benefit our affluent lives.
Meisei’s ‘water management’ technology including telemeter (water level/rainfall) systems, water discharge warning systems, and others is used in dam control in the upper stream, in river control in the mid stream and in water safety control in the down stream of rivers in populated areas, as well as in flood and disaster prevention control systems. Through this monitoring technology, people’s lives and property are protected. 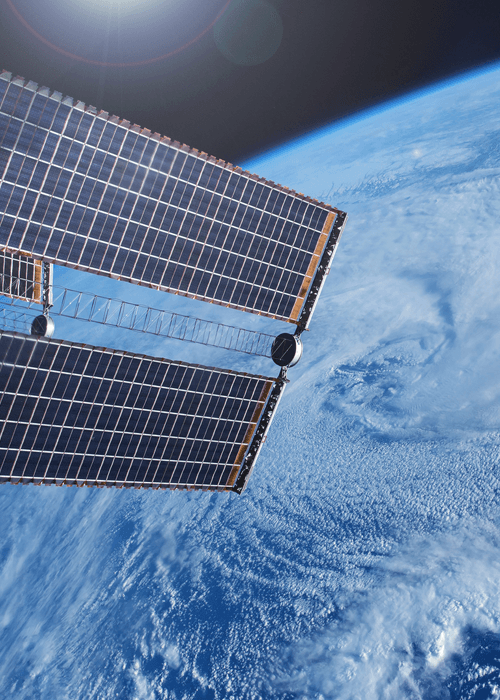 Neutron monitoring instruments, developed by Meisei, are employed in the American experiment and habitation module installed in the International Space Station (ISS). Meisei is the first Japanese manufacturer of space observation units to be used by the ISS.
Meisei is currently developing, designing and manufacturing scientific observation instruments and other units that are to be equipped in ‘Kibo’, the Japanese experiment module installed in the ISS. Meisei has more than 2,700 of its electronic instruments installed in space rockets. Meisei is contributing to the exploration of the limitless universe.