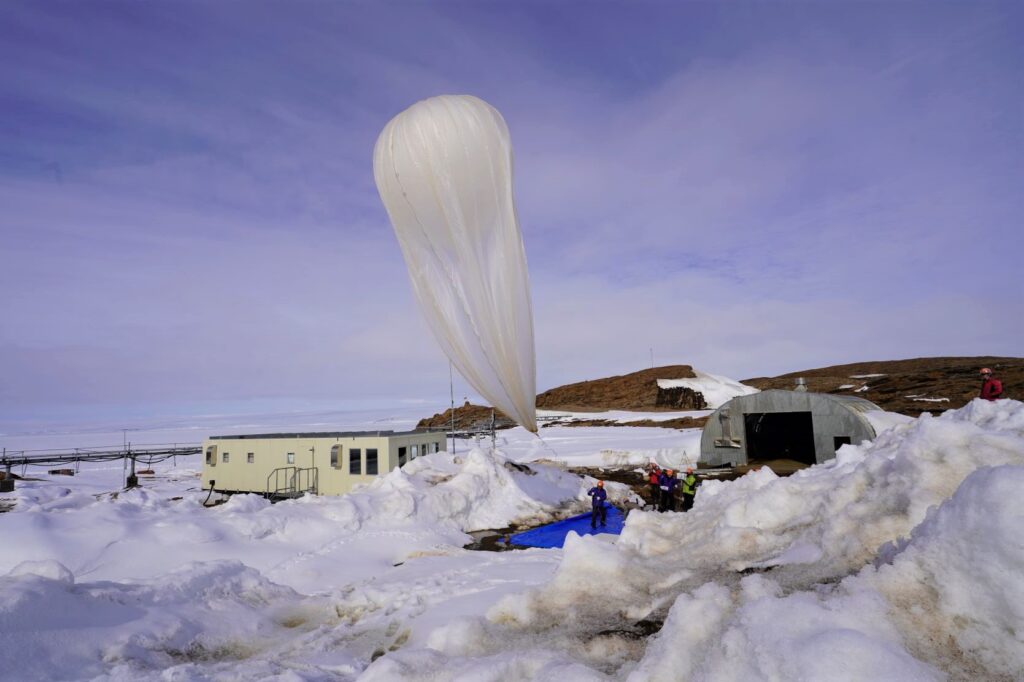 In a mission carried out at Syowa Station in Antarctica from January to February 2022, a super-pressure balloon was launched that had MEISEI’s meteorological observation system on board. This observation system was developed by MEISEI in collaboration with Associate Professor Yoshihiro Tomikawa (National Institute of Polar Research) and his team. It floats for a long period of time at an altitude of close to 19,000 meters over Antarctica and the Southern Ocean. The purpose of this mission is to quantitatively elucidate the roles of atmospheric gravity waves* which lead to improving the accuracy of climate change predictions. The observation data is transmitted to the ground via Iridium communication. All data from the flight, including the launch and landing, was successfully received, providing us valuable insight.